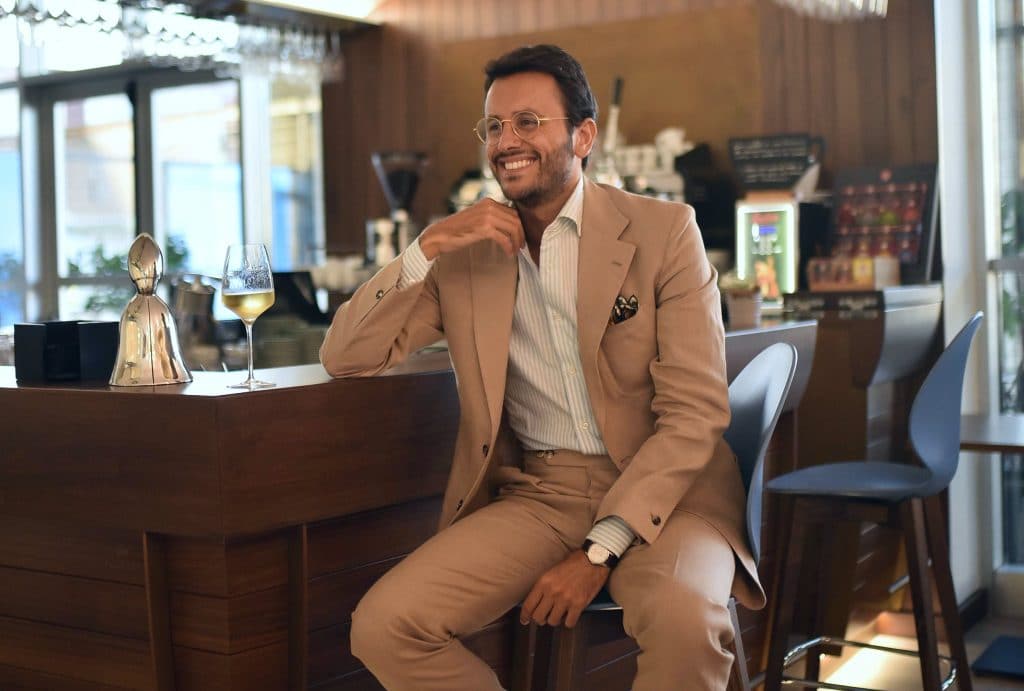 Fabio Attanasio is a familiar name among menswear aficionados. The Napoli-born writer discovered his passion for tailoring during his university years and started contributing to men’s fashion magazines while starting his own blog in 2012. Since then, he’s become a regular fixture in Italy’s tailoring scene, sharing his knowledge of textiles and suiting styles with the general public. He’s built up a strong following online and even started his own eyewear label, named after his blog, The Bespoke Dudes.

We met Attanasio around 3 years ago at Milan Unica and since then, he’s shared his fondness for our fabrics on his own platforms. We speak with him about the general state of menswear today, his love of contemporary tailoring and meeting some of the greatest tailors of our time.

Fabio, when we first met, what did you think about what Officine Paladino was doing?

Well the brand was at an earlier stage than it is today but I really liked the idea of what you were doing. Paladino was working with the best Italian mills out there and offering a great selection of patterns among the vast majority out there. There was a lot of potential for the brand in the market and at the start, of course there was a variety of patterns you might expect to have. But I think Paladino was able to capture many of the weaves essential to every gentleman’s wardrobe. 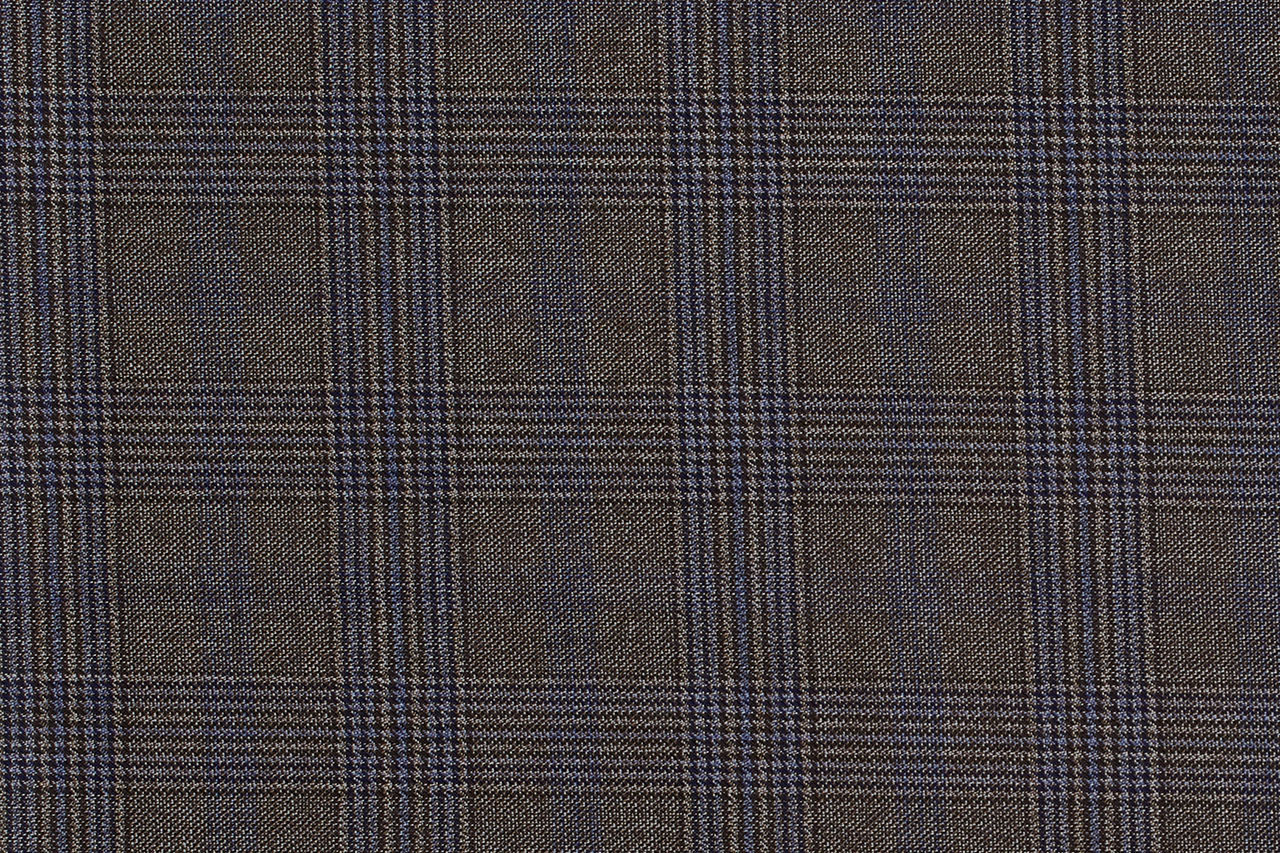 OP 2020 Laurel by Officine Paladino, the fabric selected by Fabio Attanasio for his first Paladino suit.

You singled out the OP 2020 Laurel fabric for your first Paladino suit. Was there a particular reason why you favoured this fabric?

I loved the big line check and the subtle shades of brown, gray or beige that the fabric had, and how it looks subtly different depending on the light you’re in. I really enjoy these subtle touches of colour in my clothing. I love earth tones, and in addition the pattern with blue accents really made the cloth stand out.

You decided to work with Sartoria Dalcuore for this suit, as I understand it. Tell us more about working with Mr Luigi Dalcuore.

Dalcuore is one of the greatest tailors I have ever met in my life. He’s cut some of the absolutely most beautiful suits I have ever owned. And Paladino’s fabric is really suited to his work: it has a very soft hand and it’s light, really ideal for mid-season weather. The softness of the fabric makes for a less formal look and feel. With the Laurel cloth I really felt like it was a perfect match for this climate and the result has been very interesting. 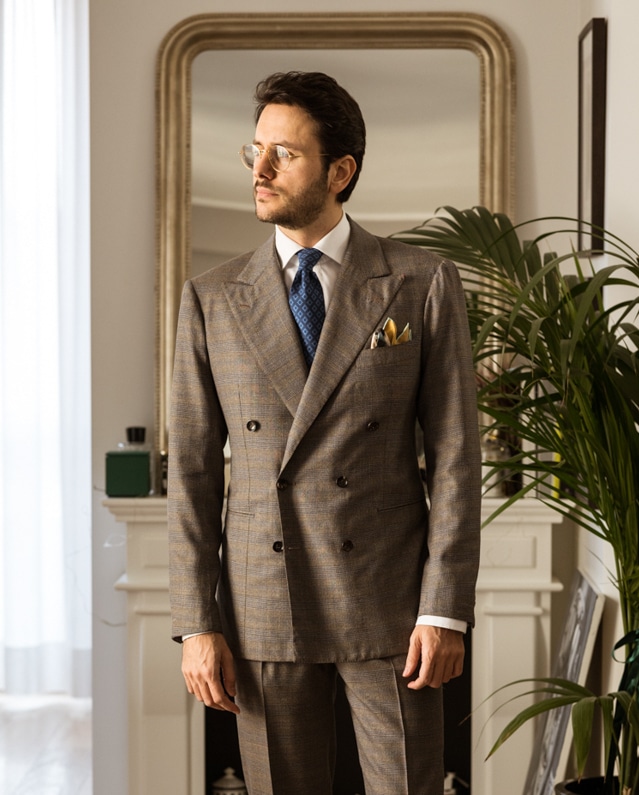 Fabio Attanasio at a fitting with the late master tailor Luigi Dalcuore, in OP 2020 Laurel

Was it more of a challenge to get the suit done?

It wasn’t due to COVID-19. Tailors usually prefer a rougher and heavier fabric to work with because they’re easier to shape and mold. As this cloth was rather light that can be a challenge for some tailors but not a master tailor like Dalcuore. He’s able to adapt his craft to whatever the canvas was.

What did Dalcuore think of the fabric?

Well, he never says much. Throughout his career, he was famous for never saying much and letting his work speak for him. In the post I wrote after his passing, I recalled spending the entire afternoon with him at the table cutting at his atelier. He would just be leaning over the table with the scissors and chalk working away. I’ve never seen him at his workshop not working; he was always doing something. He was super committed to his work, always trying to do more, to be more creative. 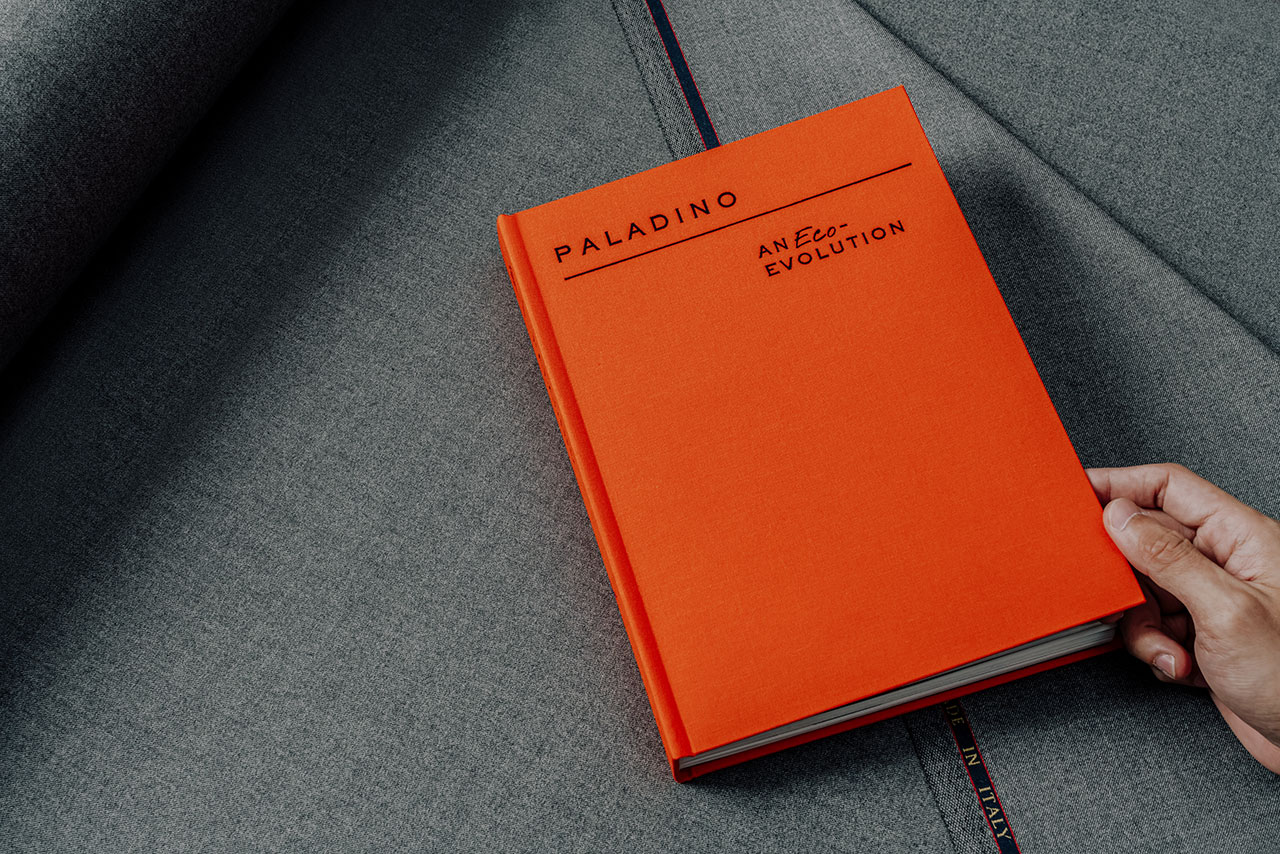 The Eco-Evolution catalog by Officine Paladino is available for download online and in hard copy. Click on the image to see the catalog.

You’ve seen the latest Eco-Evolution catalog. What are your thoughts?

I chose a very institutional gray fabric from this to make my next Paladino suit. As a young guy approaching this industry I didn’t understand in the beginning the importance of the basics. The very first suit I had made in Napoli by a bespoke tailor was a green Solaro fabric, it was very fancy and just really difficult to wear on a daily basis. After a couple of years, I found myself without any of the basic colours like navy or gray. Now I’m older and let’s say, wiser, I understand the importance of these staples.

The collection is very tasteful and there’s a great mix of patterns and weaves. Part of the focus is on the innovative qualities in the material. Stain resistance is pretty new in the market and combining crease, water and stain resistance in one fabric is a very bold step to take.

Do you think these innovations are important for the gentleman of today?

There will always be people who prefer a very classic cloth, but for the modern generation, I do think it’s valuable to have these qualities. This new generation, they want performance in their fabrics. They want to be able to wear one suit all day for different activities or even across a week. You have to bring something to the table that’s performance-focused and innovative. For me, crease resistance is important and this is not a new innovation; it’s a high-twist material but it’s still great.

In the past when I was travelling a lot for work, having crease resistance was really important as I’d get off the plane and go straight to a meeting. We’re not flying right now, but we’re still travelling for work, and that quality is just as relevant today as it was before, and in the future too.

Why do you think it’s important for people to be aware of the fabrics and tailoring styles in their clothes?

Your personal style expresses something about yourself: who you are, the way you want to be perceived. It goes all the way into the details, like whether you choose an Oxford shoe over a monkstrap. And this culture is disappearing bit by bit. People are less aware of what they are putting on themselves. I think it’s important to educate and remind them of what they’re wearing, that they should pay attention to what they’re putting on. And I do think people are starting to, whether it’s a suit or a T-shirt. But that consciousness is important. It’s the next evolution of menswear.

Check out our Lookbooks for more fabric choices and try them on our Styling Tool today.

A design created
to excite people

We use cookies on our website to give you the most relevant experience by remembering your preferences and repeat visits. By clicking “Accept All”, you consent to the use of ALL the cookies. However, you may visit "Cookie Settings" to provide a controlled consent.
Cookie SettingsAccept All
Manage consent

This website uses cookies to improve your experience while you navigate through the website. Out of these, the cookies that are categorized as necessary are stored on your browser as they are essential for the working of basic functionalities of the website. We also use third-party cookies that help us analyze and understand how you use this website. These cookies will be stored in your browser only with your consent. You also have the option to opt-out of these cookies. But opting out of some of these cookies may affect your browsing experience.
Necessary Always Enabled
Necessary cookies are absolutely essential for the website to function properly. These cookies ensure basic functionalities and security features of the website, anonymously.
Functional
Functional cookies help to perform certain functionalities like sharing the content of the website on social media platforms, collect feedbacks, and other third-party features.
Performance
Performance cookies are used to understand and analyze the key performance indexes of the website which helps in delivering a better user experience for the visitors.
Analytics
Analytical cookies are used to understand how visitors interact with the website. These cookies help provide information on metrics the number of visitors, bounce rate, traffic source, etc.
Advertisement
Advertisement cookies are used to provide visitors with relevant ads and marketing campaigns. These cookies track visitors across websites and collect information to provide customized ads.
Others
Other uncategorized cookies are those that are being analyzed and have not been classified into a category as yet.
SAVE & ACCEPT
© 2021 Officine Paladino, All Rights Reserved.
Website developed by Heroes of Digital.